back to search results

ANGKOR, CAMBODIA - October 06: A relief depicts a battle on the walls of Angkor Wat temple on October 6, 2009 in Angkor, Cambodia. Angkor Wat (or Angkor Vat), is a temple complex at Angkor built for the king Suryavarman II in the early 12th century as his state temple and capital city. Angkor used to be the seat of the Khmer empire, which flourished from approximately the ninth century to the thirteenth century. The ruins of Angkor temples are a UNESCO World Heritage Site. (Photo by Lucas Schifres/Getty Images) 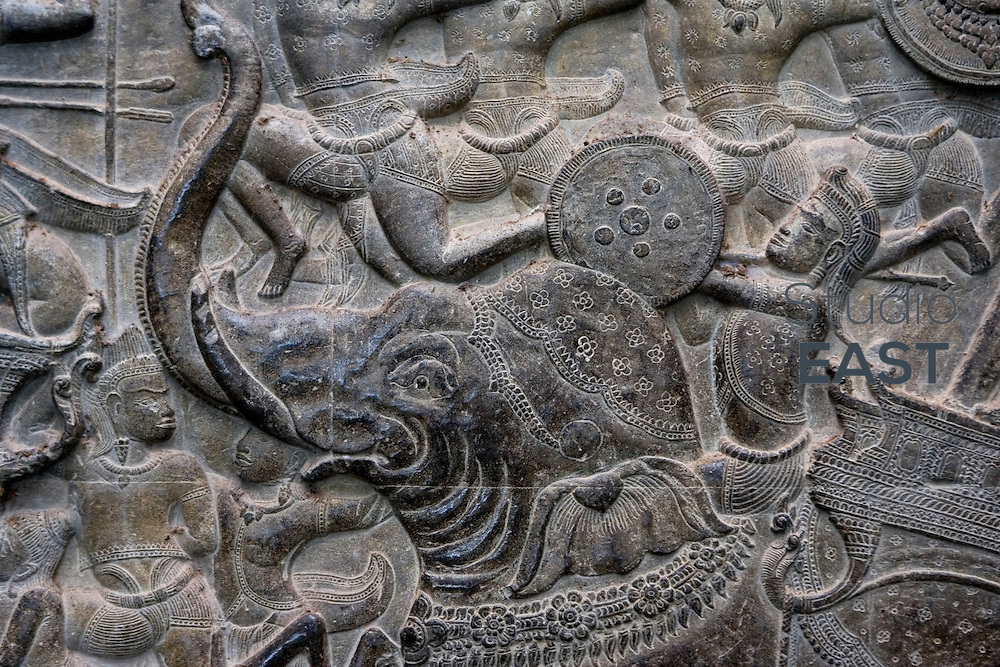