Job-seekers look for job opportunities on billboards at Hong Kou Stadium job fair, Shanghai, China, on February 21, 2009. A survey conducted by the China Economic Monitoring and Analysis Center predicted that rising unemployment would be the biggest challenge for China's economy this year. Urban unemployment rate, which excludes migrant workers, was estimated to hit 4.6 per cent in 2009, up from 4.2 per cent in the fourth quarter of 2008. China's economy cooled to its slowest pace in seven years in 2008, expanding 9 per cent year-on-year, according to official data. Photo by Lucas Schifres/Pictobank 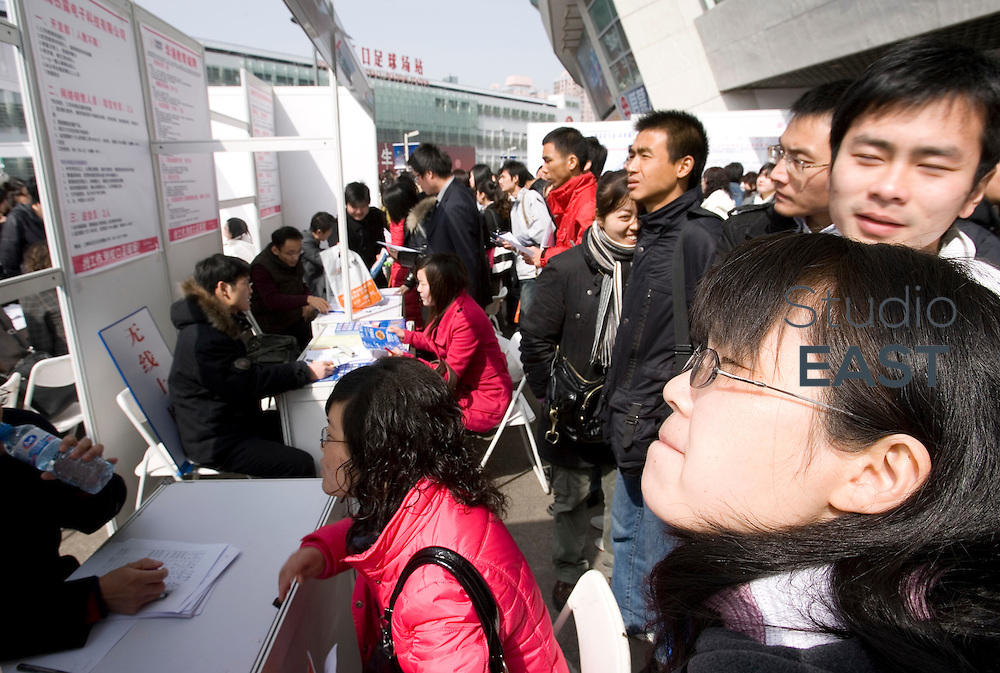