Wang Weiyu poses in a Qipao traditional dress in front of things that evoke Shanghai in the thirties: ancient furniture, an old record player, and an old photo of the town, in Shanghai, China, on April 19, 2010. Photo by Lucas Schifres/Pictobank . Inspired by Wong Kar-Wai's film 'In mood for love', Wang Weiyu, a 62-year-old former Japanese teacher, opened her 'Qipao salon' in 2007. It became famous when a TV show mentioned it. Now about 370 Shanghaiese ladies, mostly senior, come regularly to her Salon to learn how to dance, walk, and sit, wearing the Qipao. This elegant dress, originally worn by Manchus, became the symbol of Shanghai 'Pearl of the Orient', in the thirties. But during the seventies, the Cultural Revolution saw it as decadent and bourgeois, and forbade it. 50-year-old women who couldn't wear it when they were young now come back to the cultural and traditional Qipao. 'When I wear it, I feel pretty, I am always in a good mood' comments a 47-year-old woman. 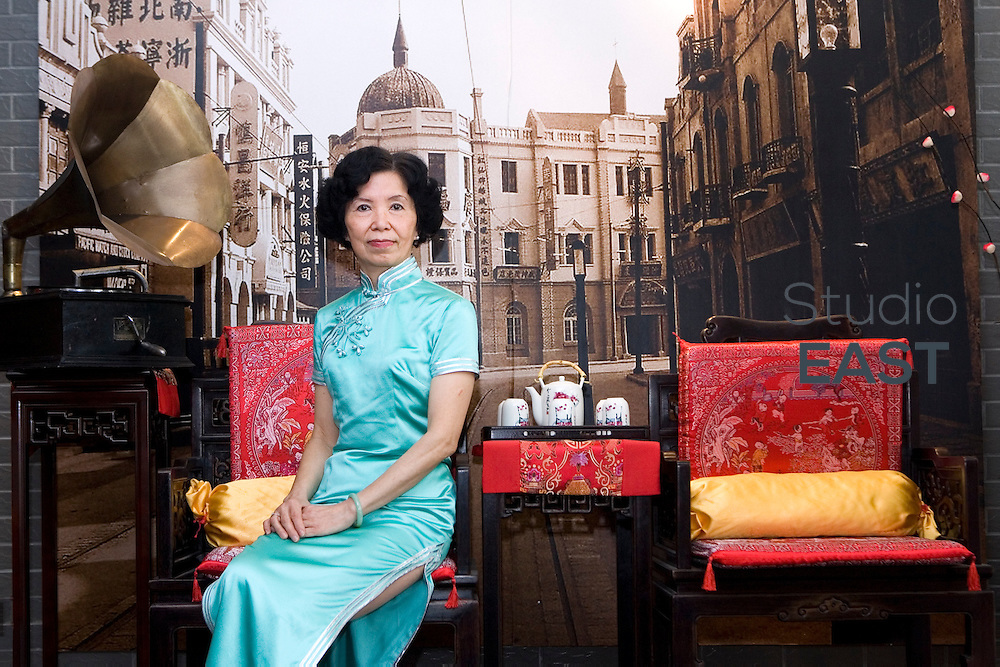