FENGXIANG, CHINA - October 30: Workers work on toy plastic figures, in a factory on October 30, 2008 in Fengxiang, near Shanghai, China. Although Chinese authorities predict that 2009 will be a tough year, they are ready to do all that takes to keep China's growth ''around 8%''. Beijing government announced a 450 billion Euros investment plan until 2010 to boost Chinese economy. ''We could take new measures (...) to prevent any economical downturn'' said Premier Wen Jiabao in Davos 2009 economy forum. (Photo by Lucas Schifres/Getty Images) 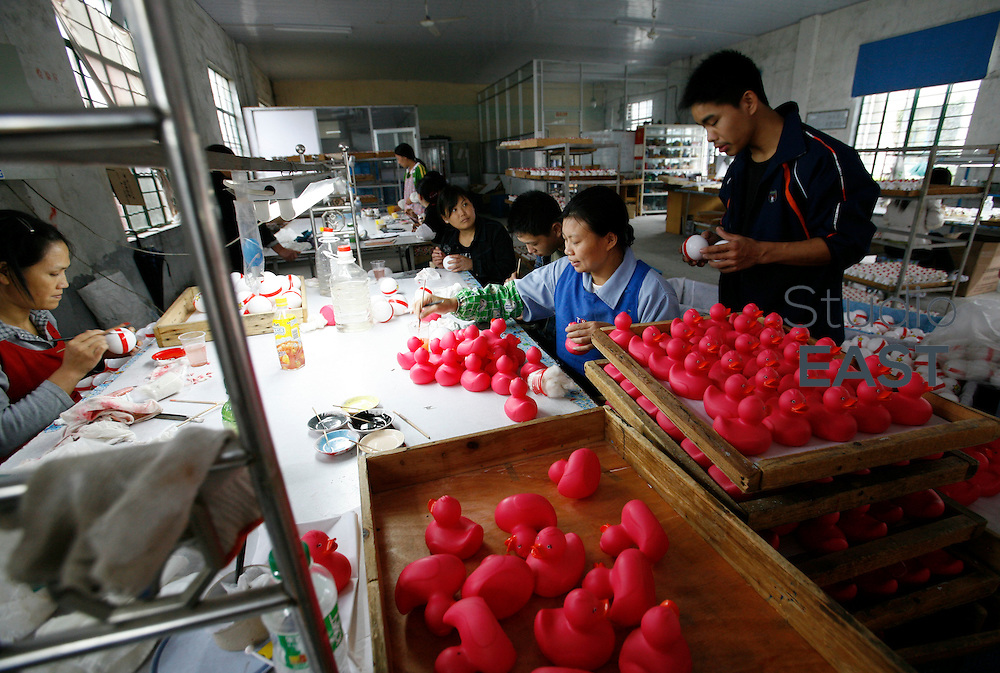