SHAANXI PROVINCE, CHINA - April 14: Terracotta warriors from the Terracotta army stand in Xi'an on April 14, 2006 in Shaanxi province, China. The Terracotta Army contains the Terracotta Warriors and Horses of Qin Shi Huang the First Emperor of China. Dating from 210 BC, the terracotta figures were discovered in 1974 by several local farmers near the Mausoleum of the First Qin Emperor. The Terracotta Army includes over 8,000 soldiers, 130 chariots with 520 horses and 150 cavalry horses, the majority of which are still buried in the pits. (Photo by Lucas Schifres/Getty Images) 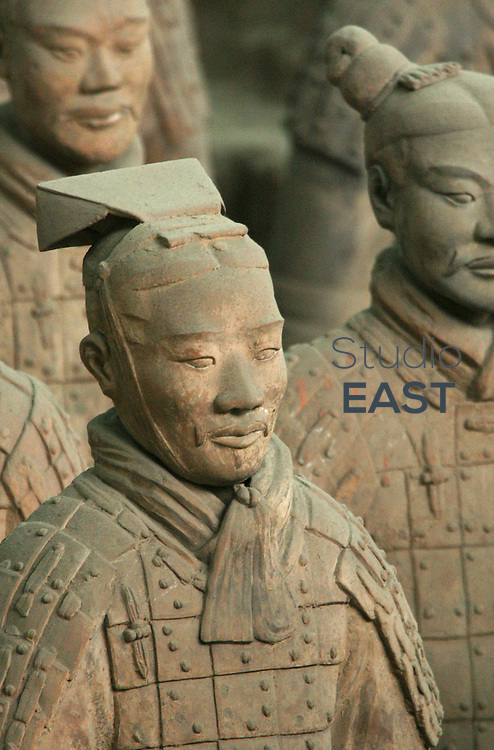